You're One Step Closer To A Better Dog 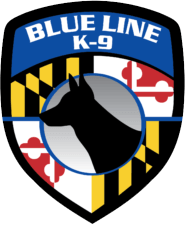 We work with dogs of any breed, size or age - and we empower owners with lifelong skills to continue successes.

Stealing food, clothing, or other objects 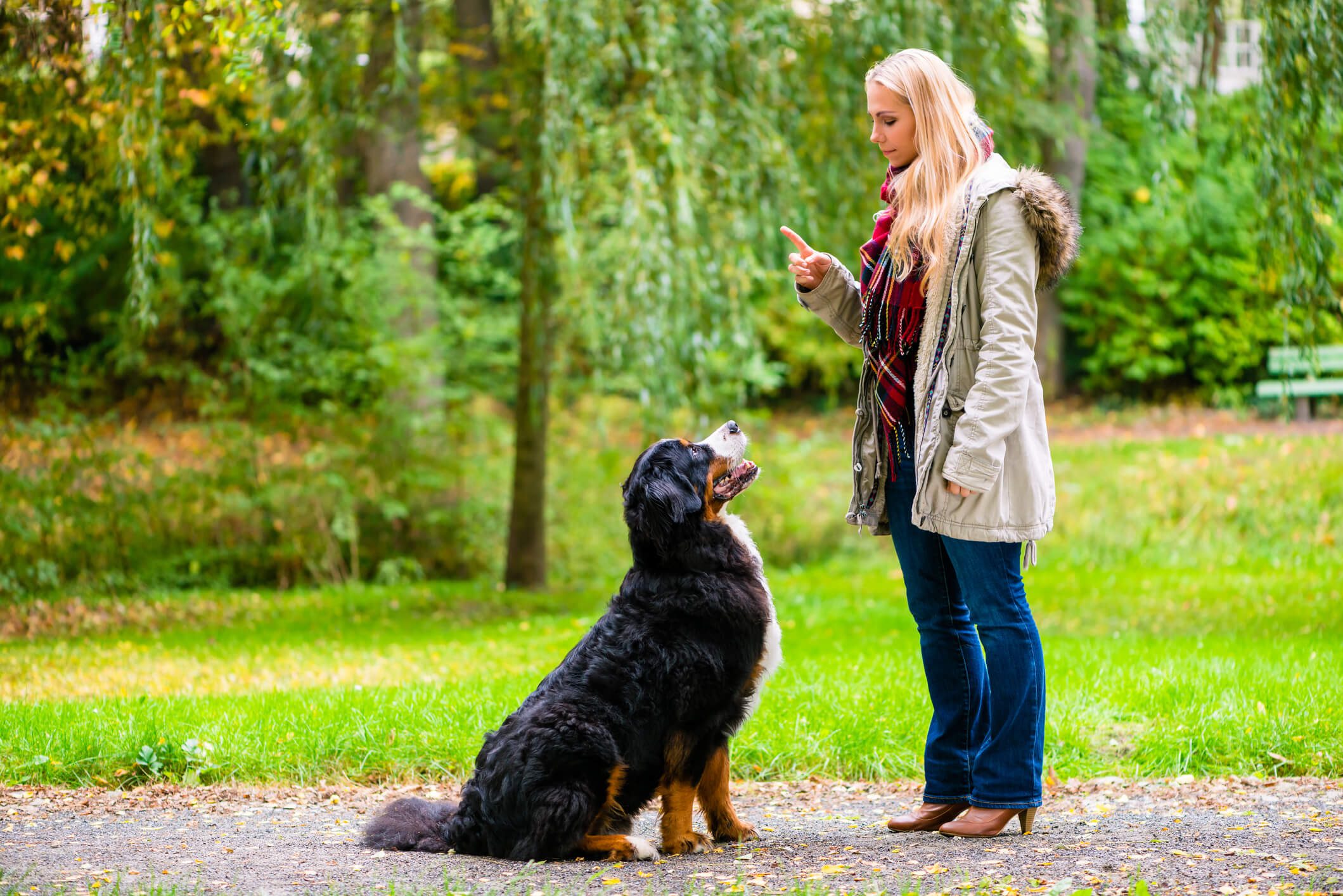 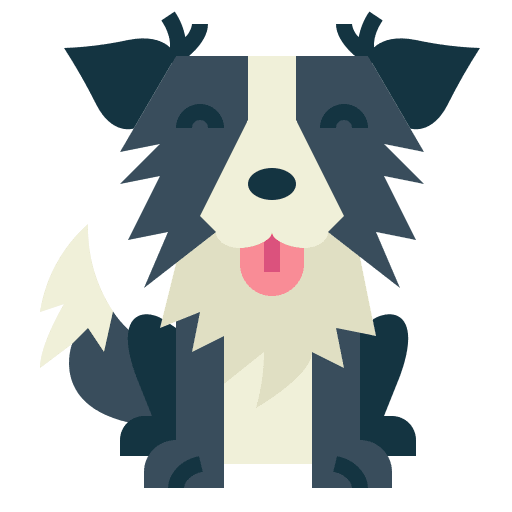 6 individual lessons with a Certified Trainer

Some commands taught are Name, Sit, Down, Wait, Place, Loose Leash, and more. By the end of this program you and your dog will develop manners and bond giving you both the confidence to go wherever you want! We gift you the equipment needed for your success!
Learn More

MEET WITH A CERTIFIED TRAINER

Identify concerns and develop a plan to resolve them. A trainer will work with you and your dog on training techniques that will get you started on the right path.
Learn More

TWO WEEKS OF BOARDING AT OUR FACILITY

Let us do it for you! Socialization: Sounds, Sites, and People. Exit Lesson at pick up, where we teach you to continue the training and practicing. Some commands taught are Name, Sit, Down, Wait, Place, Loose Leash, and more. We gift you the equipment needed for your success!
Learn More 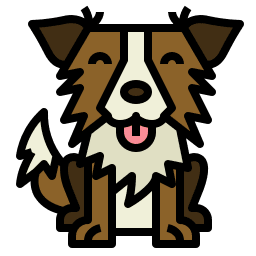 7 DAYS OF INTENSIVE TRAINING FROM A CERTIFIED TRAINER

3 EXIT LESSONS AT PICK UP Some commands taught are Name, Sit, Down, Wait, Place, Loose Leash, and more. You and your dog will go home with manners and you will have the ability to be confident with his/her behavior wherever you are! We gift you the equipment needed for your success!
Learn More

Learn and practice the fundamentals of obedience with your dog Socialization: Sounds, Sites, People. This program is for dogs 4 months to 11 months old - although some age exceptions can be made based on need Limited spots, sign up soon!
Learn More

DAY OF EDUCATION & ENRICHMENT FOR YOUR DOG

What Are Customers Are Saying...

Marla Rushing
Very nice people. Unfortunately were unable to board my senior dog at the Singer Rd, Joppatowne, MD location. Unless you enroll your dog for training classes they don't provide boarding services. But they did refer me to Hickory Kennel in Harford County for boarding/kennel services.

Rudy Carroll
Well run training facility , with kennel's. Employees there love there dogs. And I guess most important our dog loves going there.

Debbie Carroll
Our puppy loves this place and so do we! They work with him for the day and he gets to play with his friends in a safe controlled environment. He also comes home tired which is a bonus.

Cheryl B
BLK9 has been a lifesaver! Our dog came from Iraq last year, full of fear and anxiety which presented as aggression. She is a large dog and was very hard to handle in every way. In just a few short months, we have a different dog! Everyone at BLK9 has been wonderful to work with. They are very knowledgeable and responsive. Working with both our dog … and us has been a great experience.

Tinylobster123 dont now
At this point, Blue Line K-9 is family! They have been a life saver for us! Our Snoopy loves everyone at Blue Line! We wouldn't trust anyone else with him. Thank you for ALL you have done for us! We are eternally grateful!

Jessica Evans-Smyth
I brought my rescued GSD to Blueline in January of 2021. She was a little over a year old and was an abuse case from an Amish puppy mill. There had been instances where she bit people, and other dogs, and as an owner it was the most terrifying thing I’d ever endured. I was terrified I’d lose my baby, and I hated how scared she was. Blueline K9 helped me identify that she was indeed fear aggressive and developed a plan specifically for my dog. We started with K9 Country Club to boost her confidence level and help her realize not everything was a threat, and then moved onto the Ultimate training program. My girl finished her training in the Summer of 2021, and to this day I still take her to Blueline 2 days a week. Now the rest of my dogs go there as well, especially my working breeds. Whether it’s something big or small Blueline can handle it. If I could give them a 100/10 I would. They’ve not only given my dogs the confidence they need, but as an owner I have it too, and that is priceless in my book. Their entire staff genuinely cares about your dogs the same way you do. There is no other trainer I would ever trust with my dogs. Hands down, they’re the best in the business and no one will tell me otherwise.

Lyndsay Ames
Everyone is very knowledgeable, friendly, understanding, and accommodating to me and my pup at Blue Line! We have really enjoyed our experience. My pup has been challenging in many ways and everyone at Blue Line is happy and ready to jump in and help us.

William Lake
Very through, helpful, respectful, and most importantly handled my Beligan malinos puppy with love as if she was theirs! I cannot stress it enough how much I felt at home at blue line k9!!

FrontLineK9, LLC Michael Bogoslavski
Some of the most knowledgeable and personable trainers I've came across in my over 18yrs working with dogs. Highly recommend for all your dogs needs.

Hollie Kelly and Jason Carroll, both born and raised in Maryland, reside with their children in Harford County. This couple cherishes family above all; their family and your family. Together these two are the Owners and Master Trainers of Blue Line K-9 in Joppa, MD. Their passion for families has included animals since long before the day they met. Eventually, this led them to careers in the Dog Training and Animal Care Industry. Hollie started in the animal training and care industry at the young age of 9. Over the years Hollie has spent countless hours, working with different breeds and behaviors, to keep animals happy, thriving and in their homes. She spent most of her free time growing up, helping families build bonds and train their pets, finding animals homes and also caring for sick and injured animals in clinics and for neighbors. As an adult the passion to help families with their “non-human” members only increased, guiding Hollie to a career in Dog Training. This ultimately led her to training with Michael Soler at Blue Line K-9, Inc., becoming the General Manager for the organization and finally purchasing the location in Joppa, MD. When Hollie is not working to help someone else achieve their goals, you can find her on an adventure with her children or off training her own canine in bite-work or trailing. Jason’s passion for dogs started as a child with his first family dog, one he says could read every emotion he had while growing up. From there, it was always a natural instinct and love to be active with the dogs in his immediate family and dogs of his extended family and friends. His passion for training came several years into his adult life, with a strong willed pup that was rescued. As training progressed with his new best friend, Jason realized he wanted to help more families have meaningful bonds with their pets. This realization led Jason to join Michael Soler’s team in Blue Line K-9, Inc. and eventually to own the Joppa, MD location. Today Jason is not only a Master Trainer for Blue Line K-9 of Joppa, MD he is also a decoy for Blue Line K-9’s Working Dog program. When Jason is not training or building in the facility, you can find him playing outside with his kids and dogs or practicing his decoy drills to build on his enthusiasm for working dog programs. Jointly this duo values their entire team of fantastic people, each client and pet with as much love and care as they would their own family member. You will always find them excited and ready to accept any new challenge. Whether it is a particularly difficult behavior, participating within the community, working with the local rescues for training, fostering a pet or helping neighbors; Hollie and Jason are willing to jump right in.
Request a Free Phone Consult

We empower Owners to train so their dog knows who to obey at all times.

We deal with problem behaviors on a personal basis.

We support Owners in the off-hours (when training is "not in session").

We work with all members of the household.

We plan training around the owner's schedule and require only 20 min/day follow-up practice.

We follow up & are invested in the owner's success long-term.

Our high client satisfaction rating sets us apart from competitors.

Structured training to build muscle memory that will form lifetime habits and behavior.

Training For All Environments

At the end of the program your dog will go home with manners and you will have the ability to be confident with his/her behavior wherever you are.

Programs will focus on introducing you and your dog to the communication you need to enjoy each other and your adventures to come.

Build a bond and relationship with your dog through obedience. 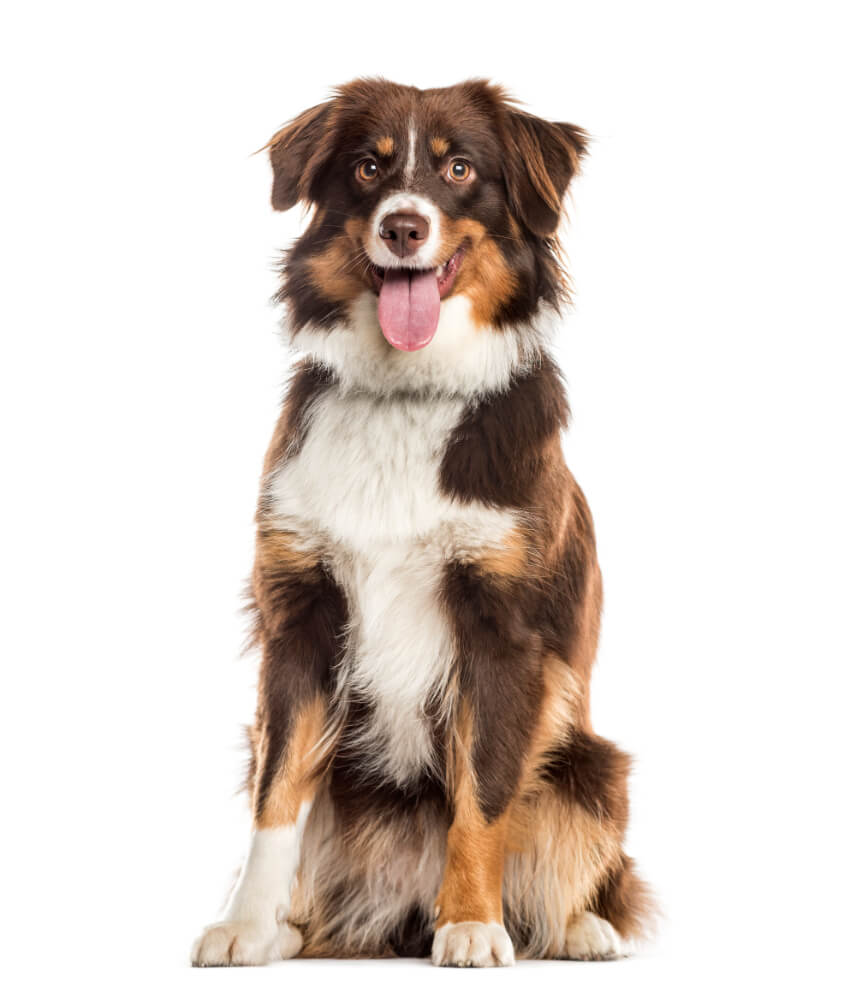 We are often at home shows in your area! Our passion for dogs and service sets us apart. All of our local dog trainers are trustworthy, willing to be there for our clients and love what they do. We want to build a community for our clients that love their dogs just as much as we do and once you begin the training process with us, you become a part of the Dog Training Elite family. 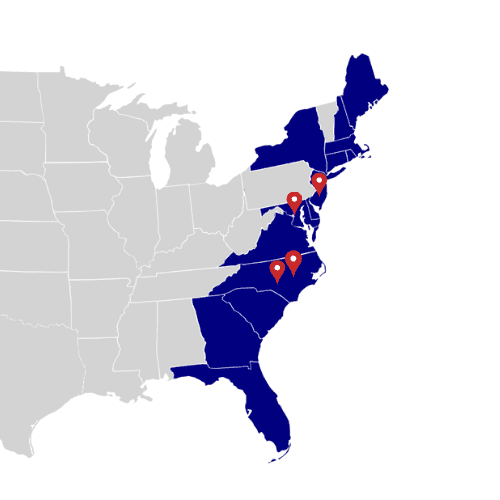